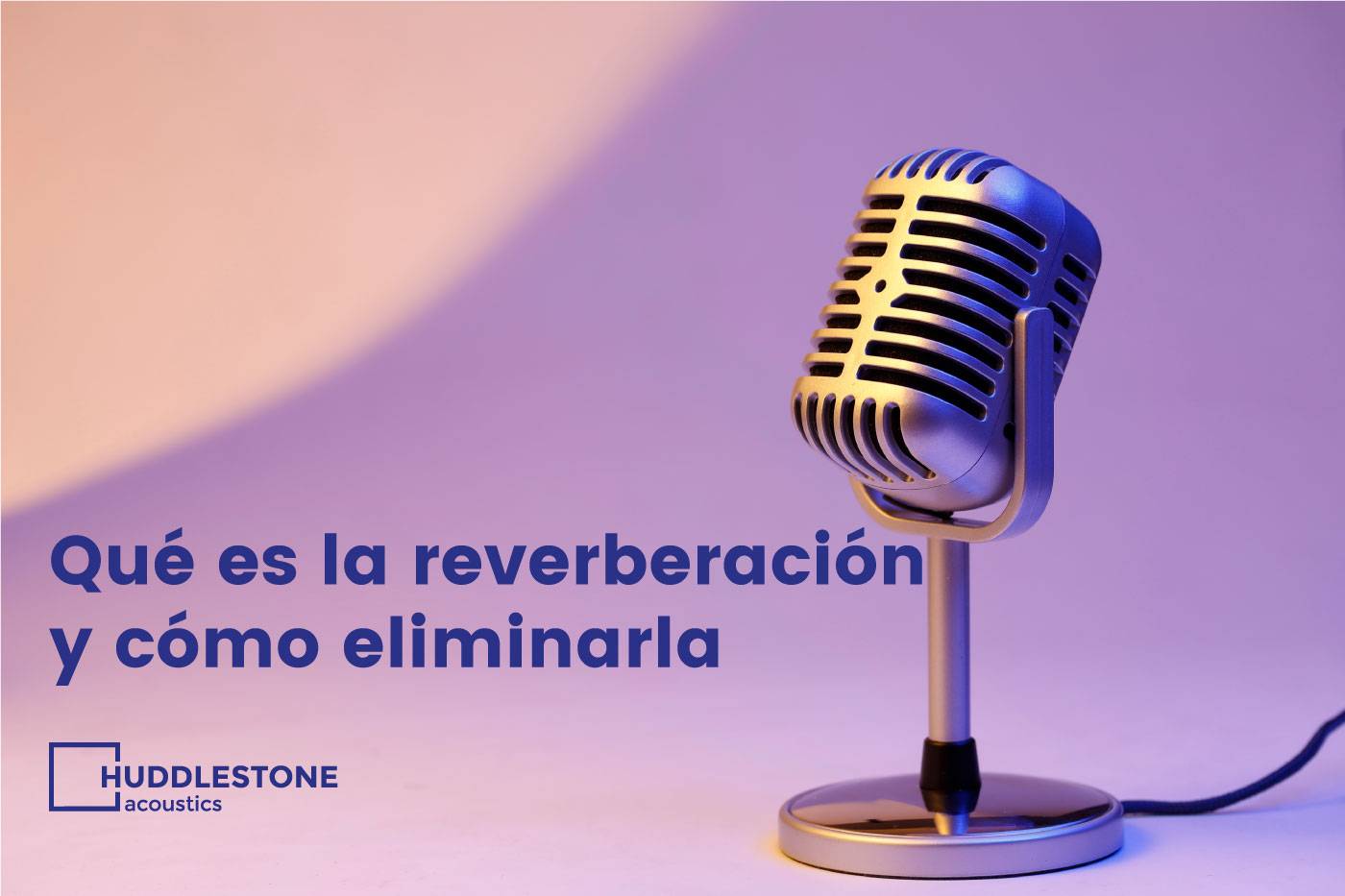 Reverberation: meaning and how to remove it

There are more and more people who work at home and who, due to their profession, need the ambient sound to be as clear as possible.

For them, reverberation is a problem.

Although you may not yet know its meaning, you have surely heard the effects of reverb. For example, when it is difficult to understand a priest in a church.

If there is reverberation in your room, it will negatively affect the recordings you make in it.

In this post you will learn what reverberation is, as well as what are the causes and the different solutions. If you are here because you are a musician, broadcaster or Youtuber and you notice that your recordings are not clear, this interests you.

How is reverberation produced?

Definition of reverberation: sound phenomenon that occurs when a sound is reflected on a surface, causing it to remain slightly longer even though it has stopped being emitted.

Reverberation is a decaying sound effect that occurs when the sound source stops playing. For example, when we stop talking or playing a musical instrument and for a brief moment the sound still seems to go on.

In other words, even though the emitting source no longer emits sound, the reverberation causes the sound to gradually die out.

For you to understand it better, we leave you three examples of reverberation:

Why does this happen?

When a sound is emitted, several sound waves are produced. Some go directly to the receiver. But others bounce off walls, floors and ceilings: this is where reverberation occurs. And a wave can bounce once or several times before reaching the receiver.

These hard surfaces are what cause the reflection of sound. This set of reflections, of bounced sound waves, also called a reverberant field, causes the sound to remain after it has ceased to be emitted.

Like the body of a guitar or a piano.

But beware, because reverberation is often confused with echo.

Difference between echo and reverberation

There is a lot of confusion between an echo and a reverb. So much so that they are often used interchangeably with one another in the wrong way.

However, the explanation for the differences between one sound phenomenon and another is simpler than it seems.

First of all, be clear that the sound emitted ends up bouncing off a surface at one time or another.

Well, depending on the distance between the emitting source and the reflecting element that causes the repetition of the sound, and therefore the time it takes for the sound to return to the emitter, the phenomenon is called echo or reverberation:

In echo the reflected sound is intelligible to the human ear, while the reverberation of the sound is perceived as an addition to the original sound.

Due to this, the echo is perceived as a different sound from the original, because the reflected sound has taken long enough for the brain to have heard the end of the original sound and can judge “this is another sound, it’s an echo!”. Multiple echoes occur when sound bounces off multiple surfaces: we get an echo from each reflection or place the sound bounces off.

On the other hand, reverberation is a reflection of sound so fast that it seems that it is the same original sound that persists for a little additional time until it fades away. In other words, the reverberation takes so little time to return to the emitting source that the sound is confused with the original, modifying it.

Another difference between echo and reverberation is that the former can be used to determine the distance to a reflective target, such as a large building or mountain, if the ambient temperature and humidity are known. In contrast, reverberation does not carry enough travel time to be used to measure distance.

Now that you know the differences between echo and reverb, we can define reverb in a slightly (not much) more technical way:

Advanced meaning of reverberation: Multiple reflected sound waves that don’t have enough distance or time to travel, so they build up on each other and make it hard to understand.

The last point, that of comprehension, is the one that annoys a recording.

Another consequence of reverberation in a room is that it causes people to raise their voices in an attempt to compensate for their inability to understand each other.

Where is it common for each phenomenon to occur?

The echoes occur in open spaces and with a minimum distance of at least 17 meters between the sound source and the surface from which the sound bounces. But the greatest example of echo is without a doubt when you are between mountains or at the bottom of a cliff and you shout “hello” or “echo” and it seems that another person answers you saying the same thing.

Instead, the best examples of reverberation take place in closed spaces and over short distances. The clearest we have already discussed: a church. This acoustic phenomenon occurs in any room without having to meet a minimum or maximum surface size.

What do reverb and echo have in common?

How reverberation affects a recording 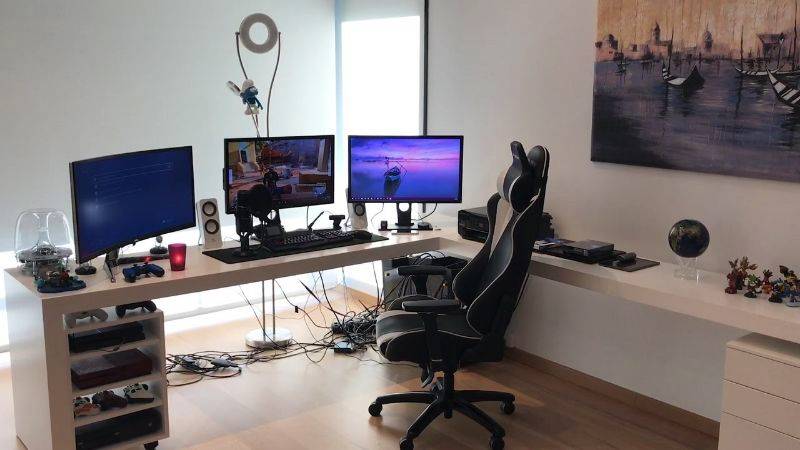 Reverberation is a recurring problem when we are looking for clean sounds to work or talk.

Often, if you’re trying to make an audio recording, reverberation causes the sound to have an unwanted, even annoying, masking effect.

To ‘see’ it, the best is a clear example. Here are two small room sound samples, one with reverb and one without:

These recordings reveal the most common problem caused by reverberation: poor acoustic quality.

Do you want to set up a recording studio, a Youtuber room or a place where you can make videoconferences in conditions in your home?

Well, you will have to remove or eliminate the reverb to achieve a clearer sound and without background noise.

How to remove reverberation

If you work at home, it is very important that you manage to reduce the effects of reverberation and increase the acoustic quality of your room.

We tell you two ways to do it. 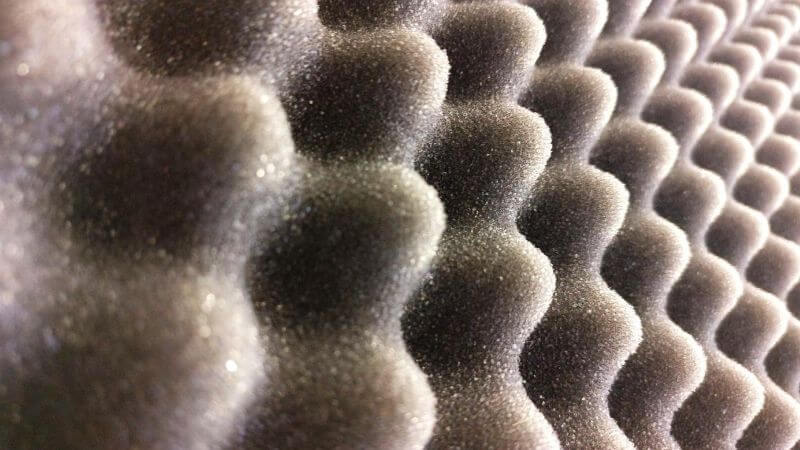 One option is to use absorbent acoustic panels. These foam plates or panels are designed, as the name suggests, to absorb sounds. This prevents sound from bouncing off hard surfaces like walls or ceilings.

The main advantages of absorbent panels are:

Due to their characteristics, achieving good results at a reasonable price, absorbent panels are usually the most popular option to treat reverberation.

However, there are other elements that you can use to absorb sound such as acoustic curtains. These curtains can be fabric, PVC and even fiberglass. They are excellent for reducing external and internal sounds and the best complement to acoustic panels.

If you are interested in making some adjustments to your room to combat soundproofing, check out our guide on how to soundproof a room at home. In it you will see that the decoration plays an important role as a soft barrier that reduces rebound and reflection.

After all, reverberation is a sound phenomenon that is detected more nowadays because the minimalist style opts for the elimination of sound-absorbing decorative elements such as paintings, lights, carpets or curtains. Without them, sound waves are encouraged to bounce off a wall, ceiling, or floor.

#2 Use a soundproof booth (definitive option) 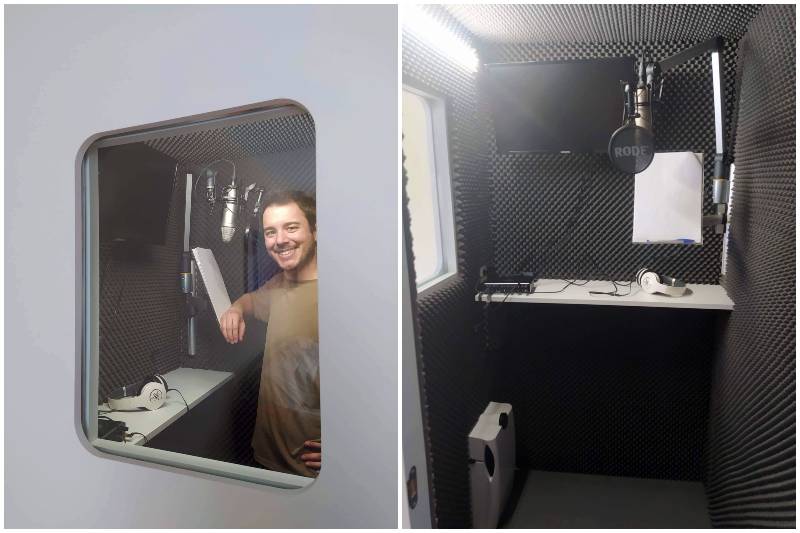 You may not want your room to look like a spaceship. Or maybe you want a more professional solution to remove the reverb altogether.

In that case, you need a soundproof booth.

A booth is more expensive than a few absorbent panels and some thick curtains. It is not so easy to install and its mobility is less.

But a soundproof booth eliminates the problem of sound reverberation in the bud. And not only that one, by preventing the entry and exit of sound. In other words, with a booth you won’t bother your family or your neighbors, and at the same time they won’t be able to bother you either.

There are two types of soundproofing booths:

If you’re interested, get in touch with us and we’ll talk about it!